セットリストとメンバーは
1. Undecided
2. Bye Bye Blackbird
3. On Sunny Side of the Street(以下のvideoは許可取得済。アップロードの制限等技術的問題をクリアしようとしてますが、現状では不鮮明なのでお許しを）
4. Ain’t Gonna Give Nobody None of My Jelly Roll
5. Georgia on my mind
6. It’s Only a Shanty in Old Shanty Town
Katja Toivola (tb)、Leroy Jones(tp, vo)、Riitta Paaki(p), Teemu Keranen(b), Mikko Hassinen(ds)
Storyville, Helsinki, July 13, 2019 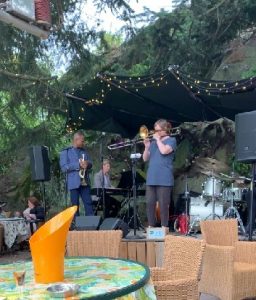 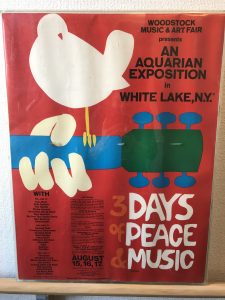 I'm Your Man: The Life of Leonard Cohen
You Want It Darker 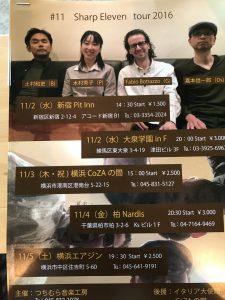 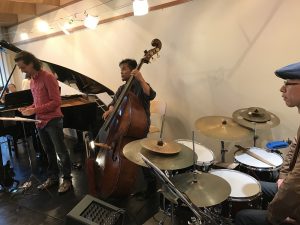 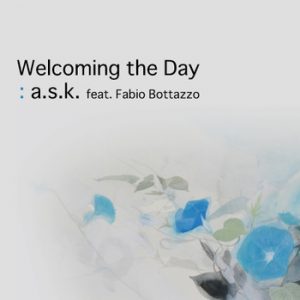 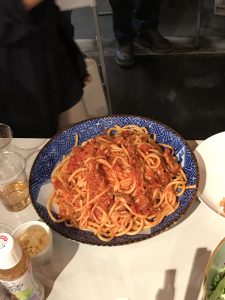 I listened Italian guitarist Fabio Bottazzo at this cozy art gallery, CoZa-no-ma in the suburbs of Yokohama. My decision to go to Konanndai for the first time in my life was instantly strengthened by that charity dinner of Amatriciana pasta dishes and wine would be served after the show.

I have been listening to Fabio for about five years, probably since he began playing in Japan on a regular basis. Jazz clubs and restaurants in Toritsu-daigaku, Kashiwa, Chiba, etc. His website is this.

He is a Padova, Italy native and his relatives and friends live near the region badly hit by the earthquake in August and aftershocks. That is one reason why charity is suitable for this occasion.

It seems that Fabio is very productive this time and he brought a dozen new pieces to the audience. Indeed, I am impressed that his melodic sense advanced greatly in new compositions like Remembering Nino Rota, African November. Dondolando and Paesaggi in Movimento, both of which were his contribution to 2014 album put together by the international group a.s.k. were also lovely tunes.

He was backed by Hideko Kimura on piano, Kazufumi Tsuchimura on bass and Shinichiro Kamoto on drums. They have been playing with Fabio for quite some time and the interplay of intimately supportive backings and defiant improvisations made listeners feel really good in a crisp November afternoon.


The pasta dinner, bucatini all’Amatriciana, was splendid and I had very good time listening to local people talking about good old days of popular drinking spots like Noge and Koganecho. You could do bar hopping with only a couple thousand yen and the bar master would send you off with “Have a good time and be back”. In fact, you would be back to the bar after taking a round of several bars in the same night anyway. Things like that.