I was nineteen when Neil Young first toured in Japan in 1976. The first concert was in Nagoya on March 3 and the final two days were at Budokan in Tokyo. I went to the last concert on March 11. It was midst of end-of-year recess on the junior year of my university.

Nippon Budokan (or simply Budokan, literally meaning Martial Arts Hall) was completed in 1964 to accommodate Judo competition in the 1964 summer Olympic Game. However, Budokan is now a national and global brand for musicians with highest status as such. No question about it. Names such as the Beatles, Cheap Trick, Bob Dylan and Paul McCartney include people who did their gigs at this venue.

Tracing back its history, the first foreign artist played at Budokan, surprisingly, was Leopold Stokowski conducting Nippon Philharmonic Orchestra in July 1965. At that time he conducted Bach’s Toccata and Fugue in D minor and the Beethoven’s Symphony No. 5 among others. I was very curious to listen to and tried to buy this music, if still available, but it seems out of print and I couldn’t find any clue where I could get a used LP. Stokowski was followed by the Beatles in July 1966, the Walker Brothers and the Monkees both in 1967, and in the 1970’s bands like Chicago, Led Zeppelin, and Deep Purple came and thereby playing at Budokan was formulated as proof of first-grade artists and at the same time brand value of Budokan in music was also established.

Budokan was completed in 1964 with a sum of roughly 2 billion yen that consists of an imperial donation by Emperor Hirohito (I wonder how much, but its not subject to disclosure, I guess.), national expenditure and people’s donation. Japan regained its ndependence in 1952 after the US-led Allied occupation with the effect of  San Francisco Peace Treaty. Since then the National Memorial Service for War Dead has been held by the government on August 15 every year, and after its completion, Budokan has been the venue of this official ceremony.

Martial arts, such as Judo, Kendo and Karate, are by their origin, have been developed by the Samurai warriors and have strongly been influenced by Zen Buddhism. (see this) But after the Meiji Restauration, martial arts was regarded as forming a unity with Shintoism(meaning “Way of the gods”, and the Emperor is the living god. ), which became an established national religion after Meiji era, the government and then the military encouraged martial arts by way of national competitions and mandatory teaching at middle schools. So for the people who can’t erase dreadful memories of pre-WWII warfare and controlled economy off their mind, Budokan evokes uneasy and unsettled feelings.

Not far from Budokan, there is Yoyogi National Stadium where track and field events as well as opening/closing ceremonies of 1964 summer Olympic Game. Yoyogi Stadium was build where pre-war Meiji-Shrine Outer-garden Stadium was. Ms. Sonoko Sugimoto, novelist, said in an NHK program, “Tokyo, rendered in color, 100 years of phoenix-like rise from debris”, that she has seen two very different events at the same location, one that she was an high school student and audience of Departure Ceremony for Students drafted into the Military in 1943 and the opening ceremony of the Olympic Game 21 years later. On the occasion of the opening ceremony,  she wrote “Today’s Olympic Game is tied to that day, and that day is tied to today, which scares me.” Now, Yoyogi Stadium was demolished and on the same site the New National Stadium is now under construction.

Tokyo, rendered in color, 100 years of phoenix-like rise from debris, DVD (Japanese Only)

Enough about the history of Budokan. I knew there are bootleg recordings of each Neil Young concert in Japan, and I have seen some on auction sites. This time I bought “Hurricane Over The Judo Arena”, recorded mainly on March 11, 1976 at the Discog market place. The seller charged $6 for the shipping, but shortly aftere he recognized the buyer is in Japan, he kindly gave me 500 yen back. Surprisingly, I found from the package that he lives in a neighboring city just a few miles from where I live.

Neil’s 1976 Japan/Europe Tour began in Nagoya, Japan and was followed by three days in Osaka, one day in Fukuoka, and was completed with two days at Budokan in Tokyo. After leaving Japan, he continued his gigs in Norway (3/15), Denmark (16), Germany (18-20), Paris, France (23), Netherlands (24-26), London and Glasgow, UK (28-4/4). Four consecutive days of London concerts are known as legendary performance at Hammersmith Odeon (now Hammersmith Apollo), but it is also established reputation that his performance in Japan is no less of quality.

The opener is Tell Me Why. I remember I was extremely impressed that his D-45 was glittering and sounded like heaven, his hammerings with such brilliant tones. He debuted five out of ten new songs in this Japan/Euro Tour though he also played popular tunes like After the Gold Rush, Only Love Can Break Your Heart and Heart of Gold. Five new songs are as follows (Left: track number, Middle: name; Right: Official Release LP)(source):

The Japan/Europe Tour was after the album Zuma and before Long May You Run with Stephen Stills. Neil was still struggling from the loss of his close friends, Danny Whitten, Crazy Horse guitarist, and Bruce Berry, a CSN&Y roadie, due to drug overdoses in 1973. His struggle was further complicated due to his breakup with actress Carrie Snodgress （1945～2004）and their son Zeke’s cerebral palsy. The album Tonight’s the Night was recorded to face the death of Danny and Bruce but the record company Reprise refused to release it because of its darkness and lack of commercial viability. Rick Danko of the Band had a chance to listen to the recording tape and convicted Neil to release it immediately, but it took two years to its release. (Source) I think it was fruitful outcome of his struggle of this period that contributed the quality of his performance in the Japan/Europe tour. Neil has been one of a kind individual who instinctively cuts into social ills. Thank you Neil, I am 40 years older but trying to be staying relevant better than that now.

Frank “Poncho” Sanpedro remembers his experience in the Japan tour in a Rolling Stone article “Flashback: Neil Young & Crazy Horse Rock Japan In 1976”. (Quote) He was merely a fan of Neil Young the previous year, and suddenly “at Tokyo’s Budokan Hall, (snip) Nobody bothered to tell Poncho, and he dropped a bunch of acid before going onstage one of the nights. “I couldn’t even look up,” he told author Jimmy McDonough. “I was so high. I’d hit the strings of my guitar — they were like eight different colors — and they bounced off the floors and hit the ceiling.”(Unquote)  I would have yelled at Poncho saying “you knew how Neil lost his dearest friends due to drug overdose, and you…” but I do understand he was so nervous playing with Neil. I love Poncho like a good-hearted uncle next-door, who is now an instructor of natural farming in Hawaii and grows mangoes and papayas!

Here’s YouTube source of Neil Young –Yesteryear of The Horse. It includes some of the two day performances at Budokan as well as those in Europe. Budokan performances continues until about 37 minutes. Enjoy! 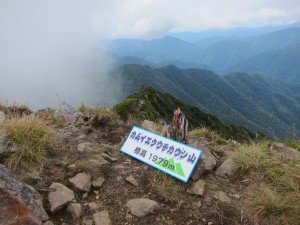